How to Teach Systems Engineering Awareness: Interview with Paul Schreinemakers 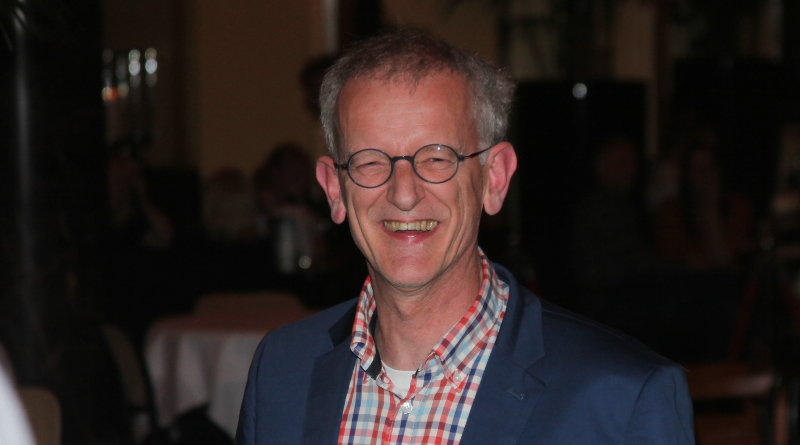 Paul Schreinemakers has over 25 years experience in product development in various domains. Paul started his career as a mechanical engineer with SRON, the Netherlands Institute for Space Research. During his 10 years at SRON he learned to apply Systems Engineering. Than Paul moved to Thales, being in the frontier of implementing CMMI in a hardware development environment.

Since 2003 Paul Schreinemakers runs his own consultancy companies, called SEPIAdvies BV and How2SE BV. In addition to activities for customers in the traditional domains of Space and Defense, he now mainly applies Systems Engineering in the transportation and civil construction industries, as well as the Oil & Gas industries. Many of the projects Paul is involved in consist of interdisciplinary and multi-cultural project teams in the Netherlands and Belgium. He has coached projects in different organizations operating in various domains.

Paul became involved in INCOSE in 2000, and served for 3.5 years on the board of directors of the Dutch chapter, of which he is a former President. Over the years he has been member of various Chapter and Int’l working groups. As general chair Paul was responsible for the 2008 INCOSE International Symposium in the Netherlands and served as the Associate Director for Events in the years 2009 to 2012. At the IW 2013 Paul was assigned the role of Deputy Technical Director, to become the Technical Director in early 2015.

I had the chance to talk to Paul at TdSE 2016 about education in Systems Engineering.

Education is a huge challenge, and we need to educate Systems Engineers in a consistent fashion to face the upcoming challenges. How do we do this?

People at every level in the engineering organization of a project need to understand what their contribution to Systems Engineering is. People responsible for the integrated system and behavior, from definition up to acceptance and operation phase of the system, one would typically expect somebody with an academic or pre-academic level of education to be able to deal with this kind of issue. However, the various stages should understand why this is required. Everyone, including the worker, is doing some part of the validation and verification, which gives you the insight of where you really are contributing to the consistency of the entire system. So you have various levels of understanding about what people contribute to Systems Engineering.

Everyone, including the worker, is doing some part of the validation and verification (Paul Schreinemakers)

So we need to tailor education to the various groups?

Exactly, if you work or study at the university, you get teaching at a certain level. That is not the level you bring to a worker in a factory. But each is adding their value to the system as well as contributing to Systems Engineering. So yes, tailored trainings for various target groups is very important.

Which target groups are currently well covered, and which ones are not?

So you are saying that higher level education is there, research is missing. What about leadership and management?

It’s not just management that is not always aware of what Systems Engineering is about, but also quite some Systems Engineers are not true leaders. They are practitioners in their fields, very good at modeling, very good at defining and soliciting requirements, or setting up an architecture. But they do not always show very good leadership in the organization. And that is probably an understatement.

To say that Systems Engineers do not always show very good leadership is probably an understatement.

Interesting point. But I think that you have to distinguish between Systems Engineer on project level and on organization level. Considering that a Systems Engineer in a project is usually complemented by a project manager, to what degree is leadership required in that scenario?

What one typically sees is that the project manager is very outward oriented, looking for the boundaries of the project, setting all the budgets and getting the right people. The Systems Engineer is more inward oriented, taking care of the organization and the people in the project. So they both are leaders. The problem in quite some cases is that the Systems Engineer should at least be talking to the external stakeholders to understand their needs regarding the system of interest. If this is subdivided between the external-oriented and internal-oriented people, you will get in trouble, since you get a disconnect in quite some cases.

The Systems Engineer should at least be talking to the external stakeholders to
understand their needs.

This is commonly experienced and we should solve it.

How do we solve it?

There are multiple solutions. We could have communication as a component of the education of the Systems Engineers. And I am looking specifically at the higher education levels.

The other aspect is that the Systems Engineering activities are covered by a team of people, since a single person can’t possible cover all the aspects, just think of all the processes in ISO 15288. But every person in the team should show some leadership skills.

The Systems Engineer may be a team, but each member should have leadership skills.

The other thing is that engineers are typically more introvert than, say, a salesperson. Therefore, in the Systems Engineering teams we should have people that have extrovert oriented abilities. So you have a more balanced mix in the team. And if you have a single System Engineer, you should at least have a person that has capacities to look externally and has an extrovert nature.

So, the perfect Systems Engineer should have an engineering background, work experience and then go back to school for additional SE training and an MBA? Is anybody working on that?

Actually, INCOSE has a leadership training, where you have young, potential members of INCOSE have subscribed themselves of being selected to go through this training, where they learn leadership skills and develop them. Aside of the fact that they are very young potential, extremely good engineers. And that would really help. And surely there are more organizations that have development programs like that for their younger employees. To mind come a number of organizations, including Thales, Airbus, Siemens, BMW or BAE Systems. And let them move to the position in the organization where they can operate at the maximum.

But those don’t scale beyond their organization. This is fine for the organization, but not for SE as a whole.

Correct. And the fact that Thales needs this shows that there is insufficient education in that area.

What are your plans in the near future?

I do education of professionals within organizations, tailored to their specific needs, depending on their maturity in SE. My plans are to retire from my technical director position, which is taking a significant number of hours every year. I look forward to stepping back a bit and to pay more attention to my company.

But I am sure that INCOSE will be knocking on my door in the future, to consider other roles. We’ll see…