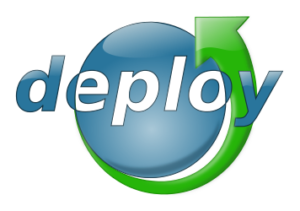 During the course of the European FP7 project Deploy, Siemens deployed the ProB software to check if it was feasible to use ProB to automatically check B models. These models were already used in a production environment and related to the track topology and signal data.  At that point in time, the properties in question took Siemens several weeks to manually check (about a man month of effort).

The challenge facing the STUPS team (Softwaretechnik und Programmiersprachen) at the University of Düsseldorf is described in the Deploy Deliverable D41.  Siemens sent the STUPS team the models for the San Juan case study on 8 July 2008. There were 23,000 lines of B spread over 79 files, two of which were to be analysed: a simpler model and a hard model. It then took STUPS a while to understand the models and get them through the new parser, the development of which was being finalised at the time.

ProB was able to analyse the simple model right away. One error in the assertions was discovered. Then ProB was improved so that the analysis of the difficult model was possible. The improvements that were made were not specific to the model in question, but were rather general improvements that benefited all ProB users. The results of the analysis were conclusive.

On 8 December 2008 the STUPS team were finally able to animate and validate the complicated model. This revealed four errors. Note that the STUPS team were not told about the presence of errors in the models (they were not even hinted at by Siemens), and initially STUPS believed that there was still a bug in ProB. In fact, the errors were genuine and they were exactly the same errors that Siemens had uncovered themselves by manual inspection.

The results shows that ProB was a great success. Instead of taking several weeks to inspect the properties manually, ProB was able to check the properties in 4.15 seconds and the assertions in 1017.7 seconds (around 17 minutes) using ProB 1.3.0. Performance tuning for the ProB software has continued. The assertion checking for the above model now takes less than one minute using the current version of ProB.