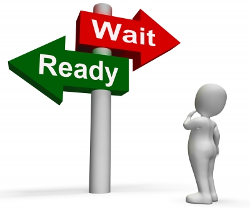 You may have noticed that a lot of time has passed since the last release or ProR, which was 0.9.0.  Be assured that we’ve been busy behind the scenes: The next release, 0.10.0, will comply with the Eclipse Release Process.  And this is a lot of work.

What we published so far were not “releases”, but “snapshots” or “milestones”, according to the official definition of the Eclipse Foundation.  This was a pragmatic choice: This allowed us to give users early access to ProR, without having to worry about the relatively steep overhead that Eclipse requires.

For a user, this has few practical implications.  Nevertheless, an official release provides benefits.  Specifically, an official release can safely be used in an industrial environment, as it is guaranteed to be IP clean.  But this is more an issue for integrators than for end users.

We’re still not ready for an official 0.10.0 release.  While we do indeed have milestone builds, accessing them is a bit tricky for people who just want “things to work”.  We will release 0.10.0 as quickly as possible. But in the meantime, our answer to this situation is the release of formalmind Studio today.

In a nutshell, formalmind Studio is ProR with the Essentials preinstalled. All Essentials Features, like Rich Text Support or Suspect Links will be available immediately, without having to install anything else.  We will provide an independent update mechanism, which means that you will get new features and bug fixes when they become available, and not when they are officially released.  So, if you have been waiting for features and bug fixes, we encourage you to download formalmind Studio right now.

If you use formalmind Studio instead of ProR, you will get new features and bug fixes faster, and you don’t have the hassle of having to install additional components after downloading.

There are few situations where you may still want to use Eclipse ProR: If you need pure, IP clean open source, then ProR may be better suited.  Also if you want to incorporate ProR or RMF in another Eclipse-based tool, you might prefer the update sites from the Eclipse Foundation.  But for most users who “just want to edit ReqIF files”, formalmind Studio is the better choice.

We hope that this tool is useful to you. If so, we’d appreciate if you could spread the word via g+1 us.  And if you run into any problems, our support will assist you.